The Breakup – Goodbye for now, Android

By Cobus Theunissen In Uncategorized 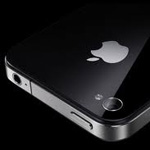 Over the last year or so, I had a great time with Android. I saw the devices get more and more powerful, saw the app store grow tremendously, to the point where I really don’t miss too much of the iPhone’s applications. I had a Droid Eris, a Nexus One, an HTC Evo, a Samsung Captivate (Galaxy S), and I still have the HTC Aria. I run the latest nightly Froyo ROM on my Aria, but I am about to give it up and go back to the iPhone.  Read on to see my reasons.

Here are the main reasons:

Things I will miss

Things that worked pretty well for me on Android